Sarah and Chris’s engagement session last fall was one I won’t soon forget. We started their session by meeting in the courtyard of Colvin House in Chicago, IL. Sarah actually works and performs there (btw, her and Chris are amazing musicians!) which was great as it’s always fun to shoot somewhere when there’s a personal connection to the location. As we started chatting and I began walking through the gameplan for the session, I could instantly tell they had a beautiful connection which made me so excited to begin shooting.

After a few minutes we made our way across the street from Colvin House where there’s an awesome little park. We got started with photos and despite claiming not to be comfortable in front of the camera they were instant naturals! Sarah and Chris have such a fun energy together and I think it shows in so many of their photos which I absolutely love!

After wandering through the park we made our way back over to Colvin House for an outfit change and more photos. The house itself is a Chicago classic having been built in 1909. Today, like many historic homes it operates as an events space for performances and weddings, but much of the main floor is maintained as it would have been by prior residents.

Next we moved back outside and across Sheridan towards the lake. Lane Beach is a small, but quiet stretch along the lakefront. We had this little spot to ourselves spent the time having a bit of fun. This part of the session wasn’t planned ahead of time but I knew going in I wanted to shoot there and I’m so glad we did!

Okay more about this amazing couple! So Sarah and Chris met during the early days of college. Though they ended up at different schools they immediatly became great friends and stayed in touch. Fast forward a couple years, a Happy Birthday wish, and plane flight later and their relationship turned towards dating!

After spending the remaining years of undergrad in a long-distance relationship they both moved to Chicago to pursue their master’s degrees together. Their relationship continued to deepen and by the spring of 2019 they knew they had found one for each other. While Sarah’s mom was in town visiting, Chris got her blessing, and Chris jumped into action by suggesting that he and Sarah recreate their first date!

The plan unfolded and as they set out to beging their (second) first date they took a walk towards Navy Pier and stopped over at Milton Olive Park. Out over the water on the lookout Chris proposed, Sarah said yes, and the rest is history! 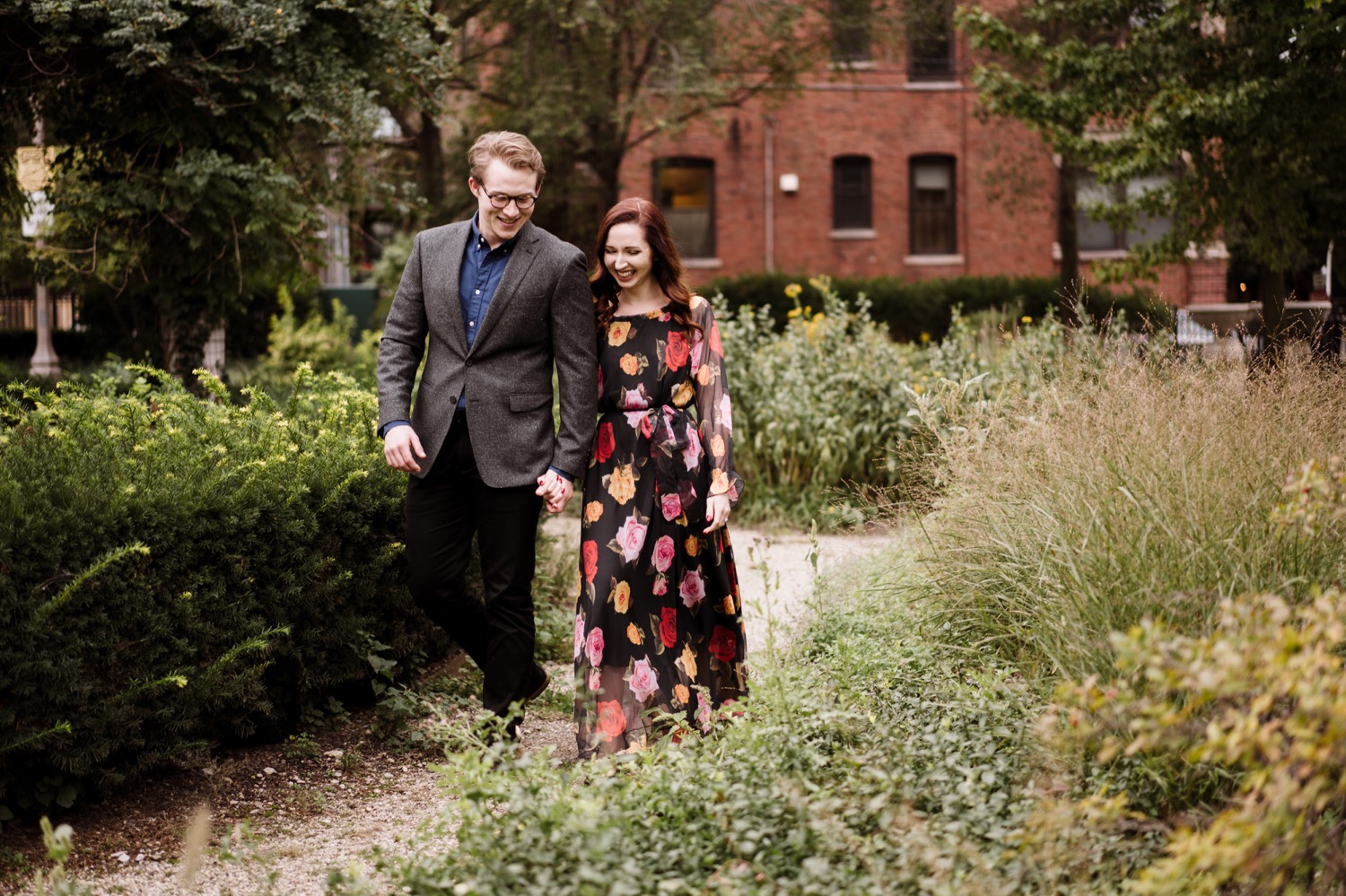