It probably sounds a bit cliche but we really couldn’t have asked for a better day for Lindsay and Bailey’s wedding at Mistwood Golf Club. The day began for me at Lindsay’s parent’s house. Their home provided a perfect getting ready location allowing everyone plenty of room to spread out while also being filled with great natural light. Once in her wedding dress, Lindsay was clearly beaming with excitement and couldn’t wait to see Bailey. Rather than keeping her waiting any longer we hopped in our cars for a short drive to Downtown Naperville for the first look.

The first look location was Fredenhagen Park in Downtown Naperville which Lindsay and Bailey had chosen themselves. I’m so glad they suggested it as this particular part of the Riverwalk wasn’t on my radar and it was perfect for photos. I got Lindsay and Bailey set in place and then let them unfold their first look however they wanted. Lindsay was super cute about it, sneaking up behind Bailey, hugging him from behind, and making him wait for just a second longer. It was totally worth though as Bailey’s reaction to seeing his bride-to-be was priceless. After they had their moment we spent a few minutes longer around Fredenhagen Park for couples portraits before driving over to Mistwood Golf Club.

The wedding ceremony at Mistwood took place outdoors overlooking the golf course. By the time the ceremony started the wind had picked up but it made for some amazing photos! The processional music was played live by Bailey’s best man which was a super cool and unique touch!

The wedding ceremony was followed by an outdoor, evening dinner, under string lights which were super romantic. Lindsay and Bailey provided their wedding guests with a personal Smores Kit as a table favor. This was such a perfect little gift to go along with the fire pits at Mistwood Golf Club. As the sun set and the fire pits were lit, guests made their way over with friends, family, and loved ones to snack on their smores and enjoy the perfect summer evening. 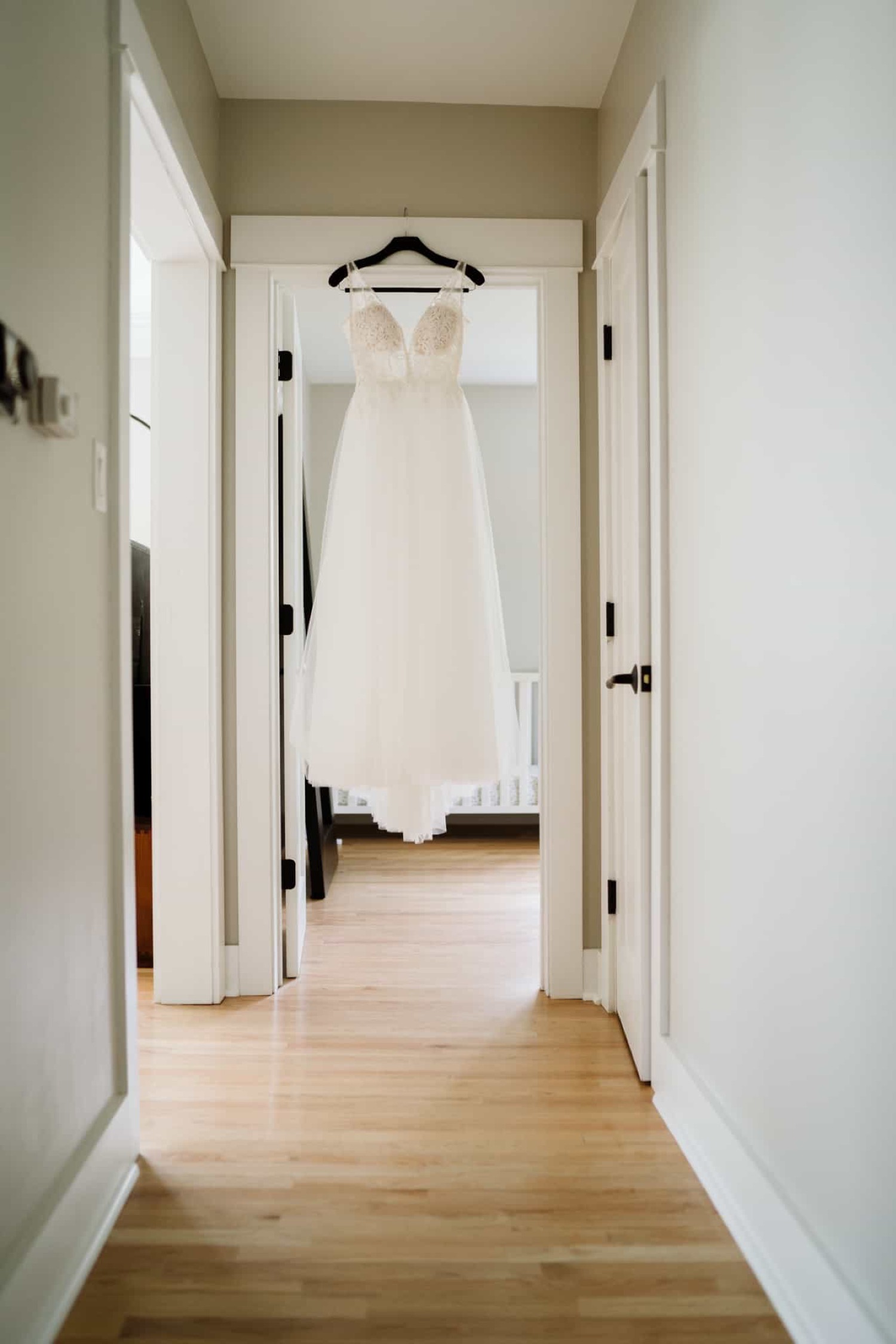