Four. Stinking. Minutes. That’s all we were able to squeeze in for Lellian and Carlos’ couples photos at North Ave Beach. Summer 2019 in Chicago has been crazy with the rain. I mean we’re used to insane weather here but I’m pretty sure it rained everyday for the first month of summer. And this day was no different. It started off great, blue skies, nice and warm, perfect weather for a couple’s shoot. Then as our planned time drew closer, a giant swirling wall cloud of mood (and rain) rolled in. By the time Lellian, Carlos, and I met up at North Ave Beach and made our way out to the lake’s edge to begin shooting, the rain drops were starting to fall. Slow at first, then a steady patter. We decided to take shelter under Castaways overhang. We waited it out for some time but eventually called it.

After I got home I was curious as to how long we actually shot. I was thinking it was about ten, maybe fifteen minutes. Upon checking the timestamps on the photos however, first shot to last shot was FOUR minutes. Shortest. Shoot. Ever. Even still, we were all thrilled with the results and it just gives us an excuse to shoot again the next time they’re in town. 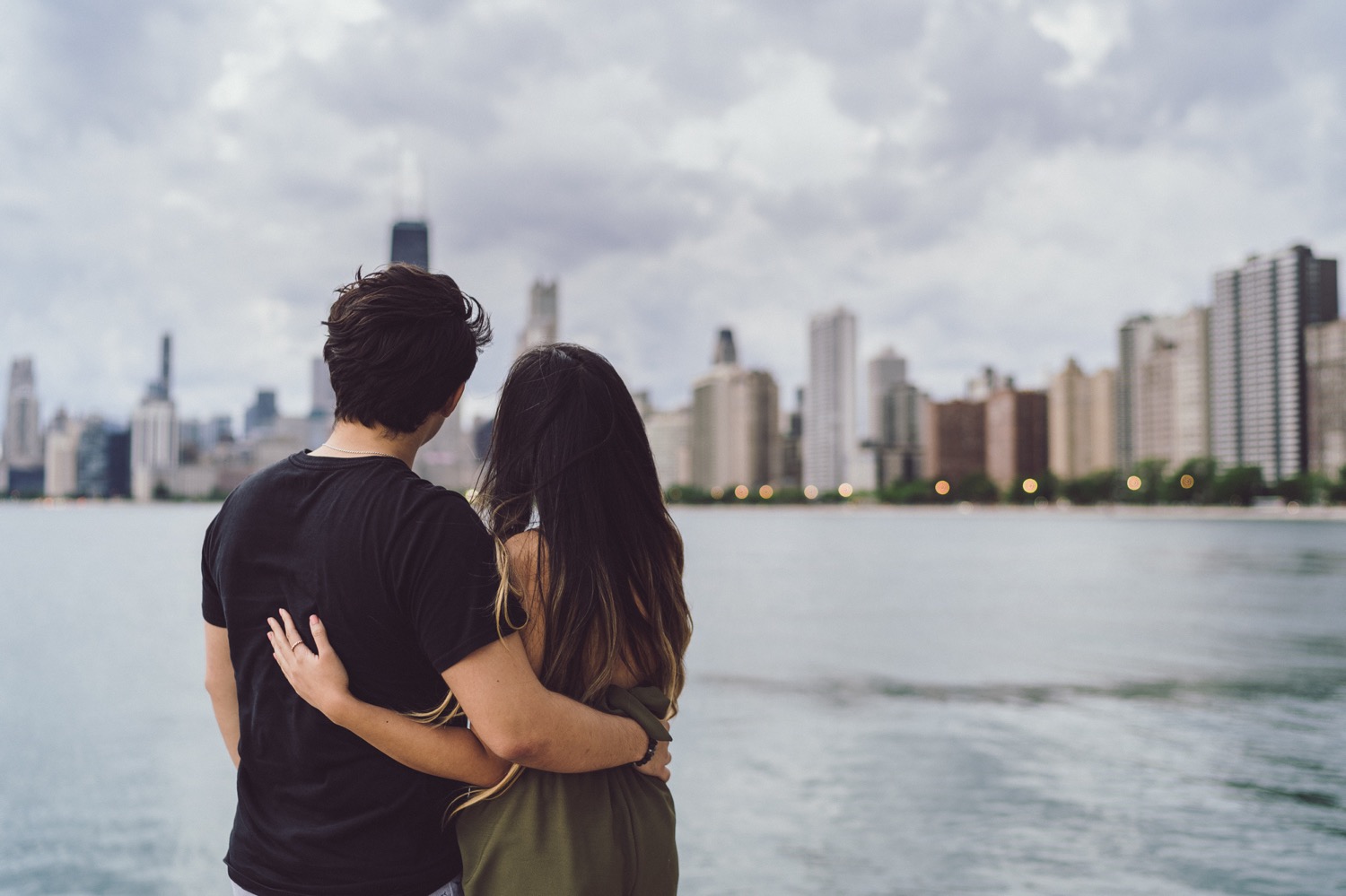 @2021 Kevin Kienitz | All rights Reserved
Back to Top