Early summer weddings are always some of my favorites, including this one at Riverside Receptions in Geneva, Illinois.

I first got to meet Kelly and Bobby at their engagement session the summer prior. This was a great opportunity to get to know each other even more and it took no time at all to see how great they were together.

The wedding itself started off at a nearby hotel where Kelly and Bobby both got ready. They were both surrounded by their friends and family throughout the morning with lots of fun, laughs, and nervous excitement! So, when it came time for Kelly to get into her dress, her maid of honor assisted, followed by a reveal to the rest of her bridesmaids. Once Kelly was in her dress we did a first look for her bridesmaids and their reactions were everything!

Once everyone was dressed and looking stunning, the entire bridal party made their way over to Riverside Receptions for the first look. Along the way, a seem at the bottom of Kelly’s dress came loose. Rather than panic though, Kelly took it with stride and just had one of her bridesmaids work some impromptu tailoring with a pair of scissors!

After the dress situation was remedied, Kelly and Bobby had their first look at the park next door to Riverside Receptions. Their reactions to seeing each other for the first time on their wedding day were priceless! You could see the excitement in both their faces and Kelly even shed a tear or two.

The wedding reception was held on the main floor of Riverside Receptions overlooking the Fox River. The ceremony itself was relatively short but beautiful in both aesthetics and the words they spoke to each other.

Cocktail hour followed as did photos with family, the bridal party, and with just Kelly and Bobby together. Just prior to the reception beginning Kelly decided she wanted to take a quick moment and have her dress bustled. While I photographing details of the receptions space I noticed some absolution stunning light coming through the window just near where they were bustling the dress. I quickly moved them just a few feet over into the light and began capturing some of my favorite images I have ever taken!

The formal reception followed on the upper floor of Riverside Receptions. If you’ve never been here, one of the things I love about this reception space is how it overlooks the Fox River and Downtown Geneva. As the sun sets and the surrounding building and street lights come on, it makes for a hell of a few and some stunning first dance photos! The reception was full of fun, dancing, and group photos with family and friends. Kelly and Bobby’s wedding at Riverside Reception was just amazing and I’m so honored I got to be there to photograph it! 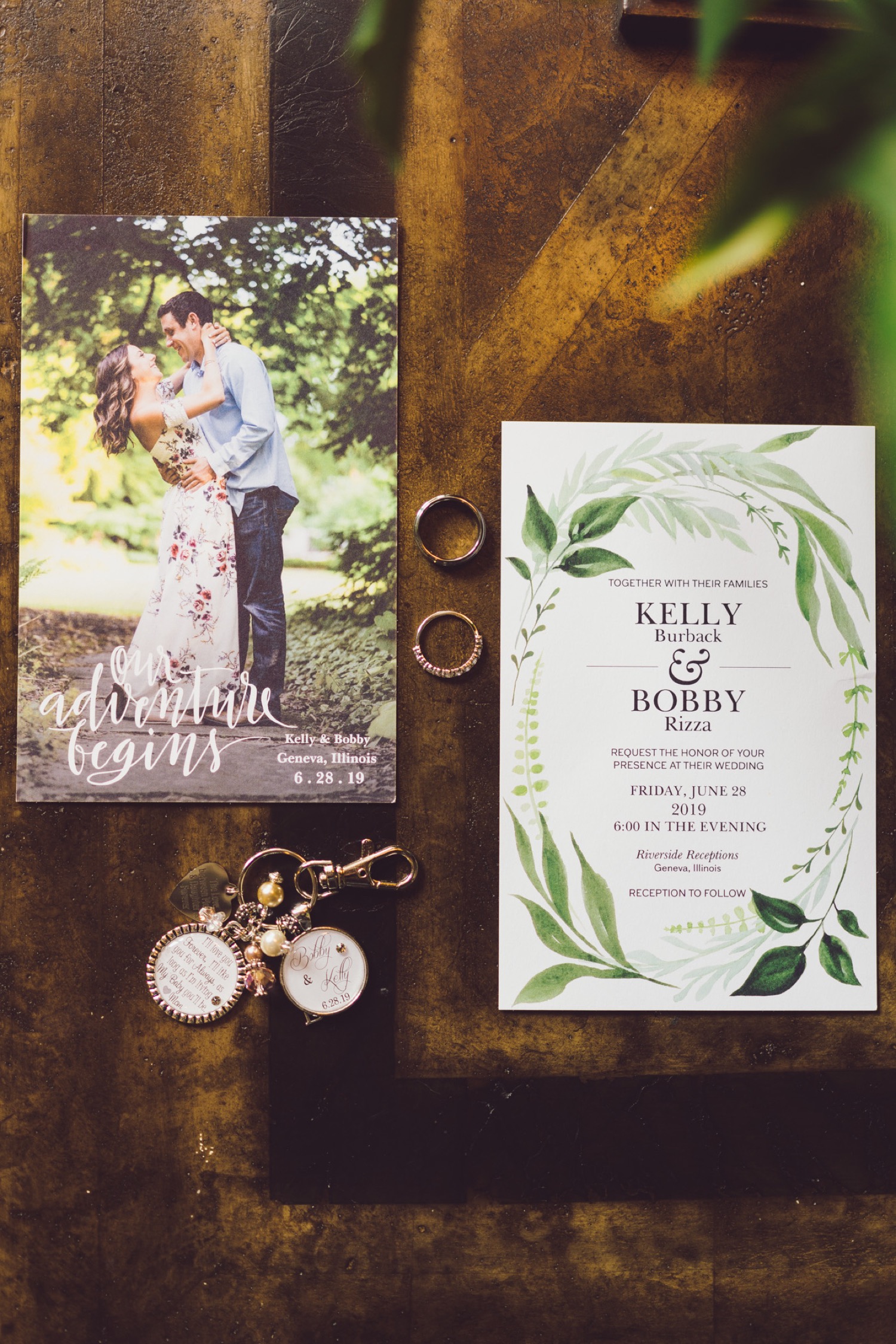